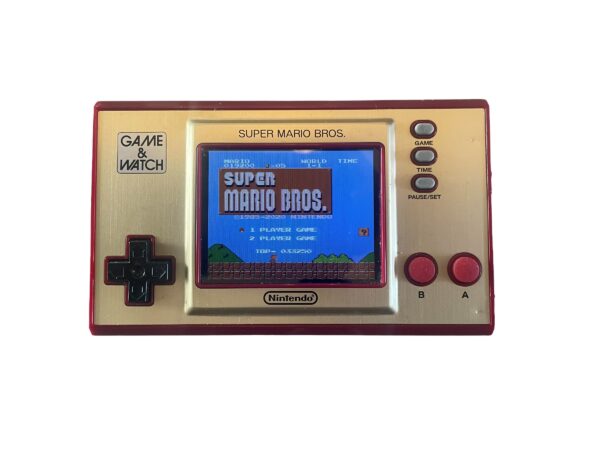 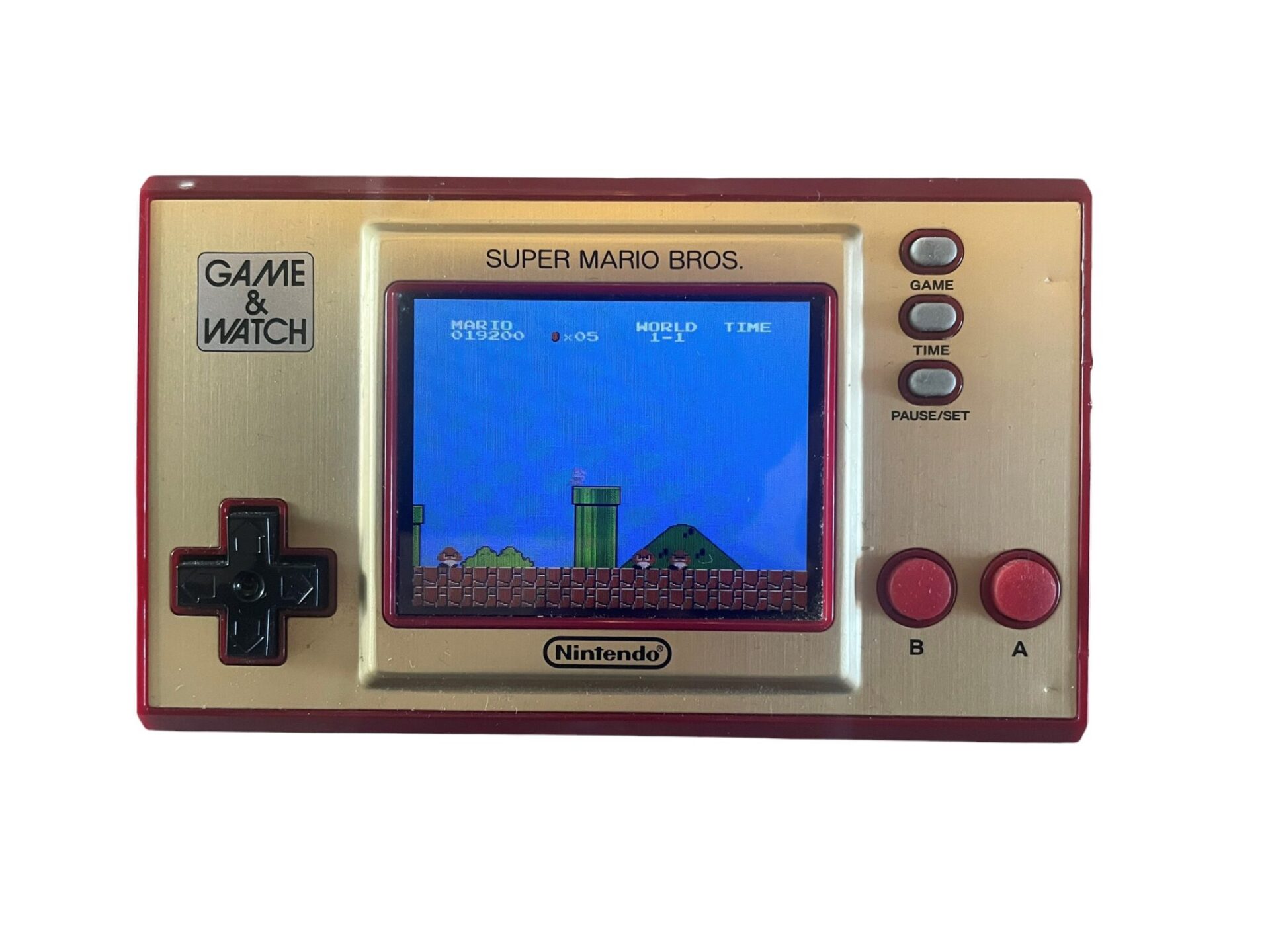 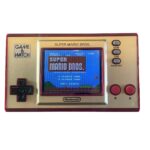 Play Super Mario Bros Game & Watch style! Jump over bottomless pits, stomp Goombas and enter Warp Pipes just as you remember but with even tighter controls thanks to the system’s Control Pad. Go it alone or pass to a friend for some two-player competition! Even more Mario! Looking for more of a challenge? Super Mario Bros. The Lost Levels comes packed in, but if you’re wanting a more casual experience, then Ball (with extra Super Mario flair! ) should tickle that fancy.

A blast from the past the original Game & Watch system was released in Japan in 1980 and was the very first handheld gaming console created by Nintendo. Now you can get your hands on a piece of history with a brand new entry in the series a special golden Game & Watch that includes the original Super Mario Bros, a digital clock and more!

Time for fun As time passes, the included digital clock may play 35 different animations including some guest appearances from Mario’s friends and foes! Keep your eyes on the clock when saving Princess Peach isn’t on the current agenda.